I suppose that by now everyone has heard of Trump’s offer to send the American military to “wage WAR on the drug cartels and wipe them off the face of the earth,” which he asserts can be done “quickly and effectively.”

Trump phrased this as an offer to help, not a threat to invade, which is reassuring. AMLO, Mexico’s president, wisely declined the offer.

While the President seems to have made the offer in good faith, he has little idea of Mexico, the military, or the cartels. The American military could not come close to wiping them off the face of the earth, much less effectively and quickly. Such an incursion would be a political and military disaster. The President needs to do some reading.

If AMLO were to invite the Americans into Mexico, he would be lynched. Few Americans are aware of how much the United States is hated in Latin America, and for that matter in most of the world. They don’t know of the long series of military interventions, brutal dictators imposed and supported, and economic rapine. Somoza, Pinochet, the Mexican-American War, detachment of Panama from Colombia, bombardment of Veracruz, Patton’s incursion – the list could go on for pages. The Mexican public would look upon American troops not as saviors but as invaders. Which they would be.

The incursion would not defeat the cartels, for several reasons that trump would do well to ponder. To begin with, America starts its wars by overestimating its own powers, underestimating the enemy, and misunderstanding the kind of war on which it is embarking. The is exactly what Trump seems to be doing.

He probably thinks of Mexicans as just gardeners and rapists and we have all these beautiful advanced weapons and beautiful drones and things with blinking lights. A pack of rapists armed with garden trowels couldn’t possibly be difficult to defeat by the US. I mean, get serious: Dope dealers against the Marines? A cakewalk.

You know, like Cambodia, Vietnam, Laos, Afghanistan, Iraq, and Syria. That sort of cakewalk. Let’s think what an expedition against the narcos would entail, what it would face.

To begin with, Mexico is a huge country of 127 million souls with the narcos spread unevenly across it. You can’t police a nation that size with a small force, or even with a large force. A (preposterous) million soldiers would be well under one percent of the population. Success would be impossible even if that population helped you. Which it wouldn’t.

Other problems exist. Many, many of them.

Let’s consider terrain. Terrain is what militaries fight in. Start with the Sierra Madre, which I suspect Trump doesn’t know from Madre Teresa. This is the brutally inhospitable mountain range in the northwest of Mexico, from which a great many of the narcos come. (Sinaloa is next door.) Forestation is dense, slopes steep, communication only by narrow trails that the natives know as well as you know how to find your bathroom. Nobody else knows them. American infantry would be helpless here. The Narcos would be found only when they chose to be found, which would not be at opportune moments. 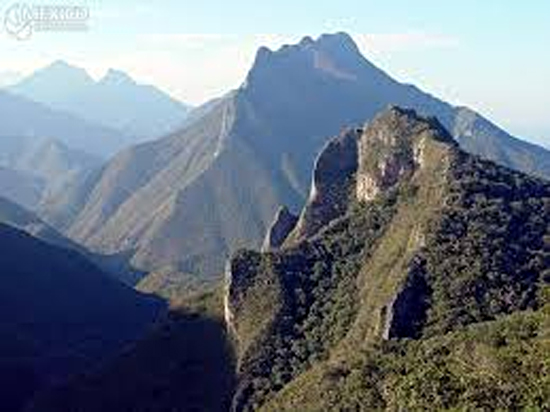 The Sierra Madre Occidental, home of many of the drug traffickers. I have walked in these mountains, or tried to. It is impossible for infantry, worse for armor, and airplanes can’t see through the trees.

The Tarahumara Indians live in the Sierra Madre. They frequent the trails, sometimes in groups, and carry things not identifiable from the air. In frustration American forces would do what they always do: start bombing, or launching Hellfires from drones, at what they think are, or think may be, or hope might be, narcos. Frequently they would kill innocents having nothing to do with drugs. This wouldn’t bother the military, certainly not remote drone operators in Colorado or somewhere. They get paid anyway. The Indians who just had their families turned into science projects couldn’t do anything about it.

Well, nothing but join the narcos, who might call this a “force multiplier.” 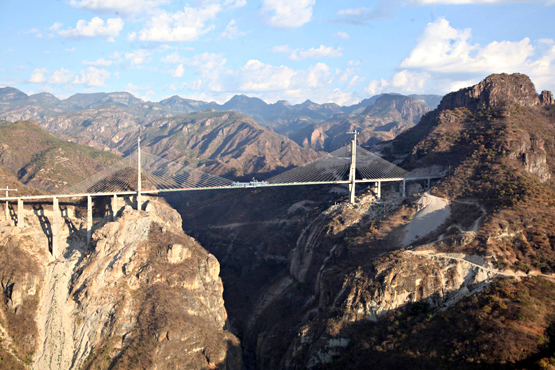 Some other northern Mexican terrain. The Duarte Bridge between Sinaloa and Durango. A company commander, looking at it, would would have PTSD in advance, just to get a start on things.

Of the rest of Mexico, much consists of jungle, presenting the same problems as the Sierra Madre, and of cities and villages. Here we encounter the problem that has proved disastrous for US forces in war after war: there is no way to tell who is a narco and who isn’t.

In cities and towns, narcos are indistinguishable from the general population. How – precisely how, I want to know – would American troops, kitted out in body armor and goggles and looking like idiots, fight the narcos in villages with which they were unfamiliar? The narcos, well armed, would pick off GIs from windows, whereupon the Americans would respond by firing at random, calling in air strikes, and otherwise killing locals. These would now hate Americans. The narcos know this. They would use it. 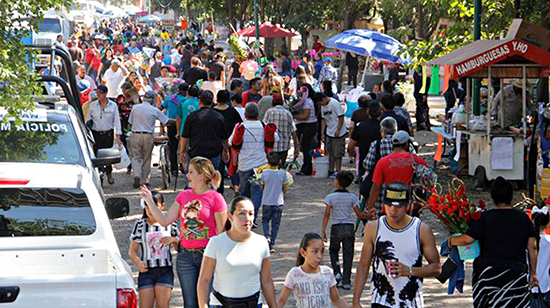 Culiacan, Sinaloa, Chapo’s home city. It has a high concentration of narcos. Suppose that you are an infantry officer, sent to “fight the cartels.” You have, say, twenty troops with you, all with hi-tech equipment and things dangling. How do you propose to fight the cartels here? Which of the people in the photo, if any, are narcos? You could ask them. That would work.

Don’t expect help from the locals. Most would much rather see you killed than the narcos. And if they collaborated they and their families would be killed. This would discourage them. Bright ideas?

Now a point that Schwarzehairdye in the White House has likely not grasped. The narcos are Mexicans. So is the population. You know, brown, speak Spanish, that kind of thing. The invaders would not be Mexicans. This matters. Villagers usually do not hate the narcos. These provide jobs, buy their marijuana crops, often do Robin Hood things to help the locals. Pablo Escobar did this, Al Capone, Chapo Guzman. There is a whole genre of popular music, narcocorridos, celebrating the doings of the drug trade. (Corridos Prohibidos, by Los Tigres del Norte, for example). Amazon has the CD.

Which means that they would side with the narcos instead of the already-hated soldiers, putos gringos cabrones, que se chinguen sus putas madres.

Further, much of Mexico doesn’t much like its government.

And of course the narcos will have the option of fading into the population and waiting for the gringos to go home. This means that the invasion would become an occupation. The invading forces would thus need bases, which would become permanent. Bases where? All over the country, which is where the narcos are?

Getting the American military into one’s country is much easier than getting it out. The world knows this. Mexicans assuredly do. They know that America has wrecked country after country in the Mideast, always to do something good about democracy and human rights. They know that America is squeezing Venezuela to get control of its oil, squeezing Iran for the same reason, attacked Iraq for the same reason, has troops in Saudi Arabia and Kuwait for the same reason, and has just confiscated Syria’s oil . Mexico has oil. So when Trump wants to send the military to “help” fight drugs, what do you suppose the Mexicans suspect?

Another point: Roughly a million American expats live happily in Mexico. These would be hostages, and they – we – are soft targets. The drones kill five narcos, and the narcos kill five expats. Or ten, or fifty. What does Washington do now?

Finally, consider what happens when you bomb a country, make life dangerous, kill its children, destroy the economy and impoverish its people? Answer: They go somewhere else. With Mexico being made unlivable, Mexicans would have two choices of somewhere else, Guatemala and….See whether you can fill in the blank. Maybe four or five million of them.

Nuff said. May God protect Mexico from Yanquis who would do it good, from advisers, and then adviser creep, and then occupation, and then from badly led militaries who have no idea where they are.

Fred Reed is author of Nekkid in Austin: Drop Your Inner Child Down a Well, A Brass Pole in Bangkok: A Thing I Aspire to Be, Curmudgeing Through Paradise: Reports from a Fractal Dung Beetle, Au Phuc Dup and Nowhere to Go: The Only Really True Book About VietNam, and A Grand Adventure: Wisdom’s Price-Along with Bits and Pieces about Mexico. Visit his blog.

Fred Reed is author of Nekkid in Austin: Drop Your Inner Child Down a Well and A Brass Pole in Bangkok: A Thing I Aspire to Be. His latest book is Curmudgeing Through Paradise: Reports from a Fractal Dung Beetle. Visit his blog.

View all posts by Fred Reed