A leaky little “bird” inside Twitter tells me these are the tweets that got me banned for life.

I have no way of verifying this; official Twitter will not respond to my inquiries. I stand accused of dehumanizing several reporters (“targeted abuse”), using words to offend them into silence. It seems now you can judge for yourself, as it should be.

This whole series of threads started when Trump accused the press of being “enemies of the people,” followed by Glenn Greenwald reminding us how the media enables America’s wars.

The tweets about Sulome Anderson’s father, Terry Anderson, were cited as particularly offensive. If you don’t know his story, he was a journalist held hostage in Lebanon in the 1980s by Hezbollah. Sulome was in first grade when he was released.

It’s hard to avoid editorializing here, but I do want to point out how quickly the offended journalists and their friends tried to shift my words into “picking on women” and similar inaccurate accusations of misogyny. I’ll also point out Twitter allowed the journalists to freely dehumanize and insult me. Note also how these journalists react to a whistleblower confronting them with the admission government officials lie, and that they accept the lies. One of the journalists who attacked me, below, once even used me as a truth-telling source during the Iraq War. Oh well. 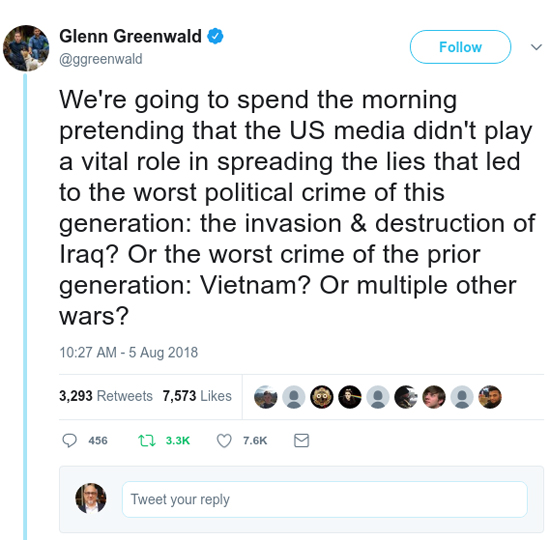 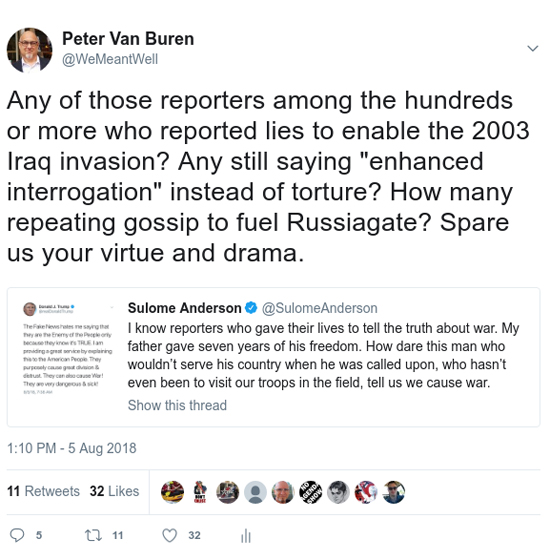 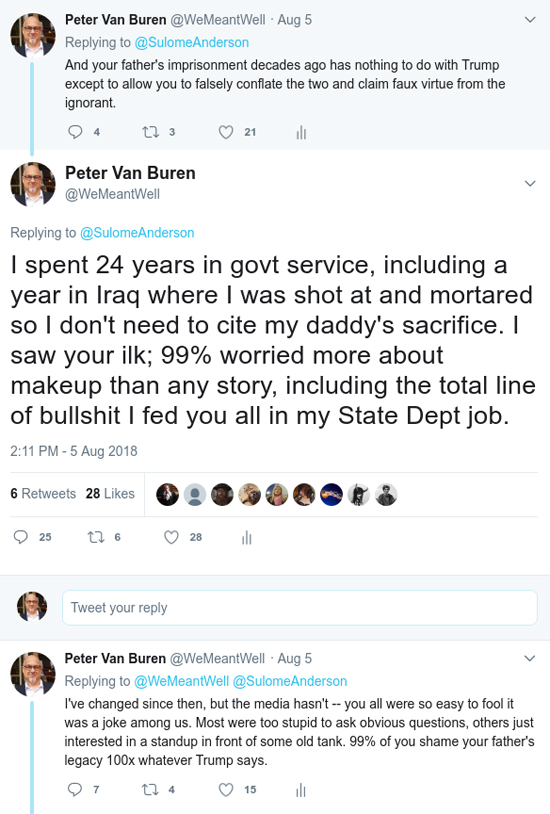 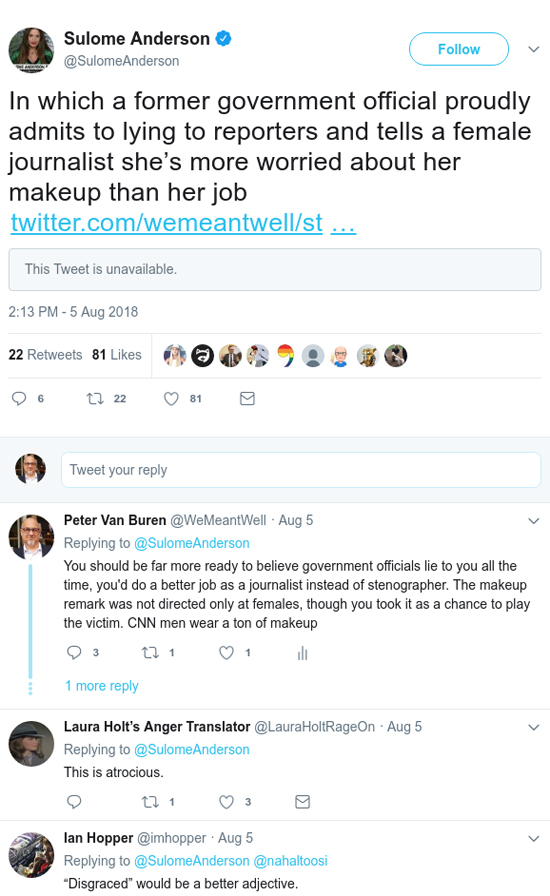 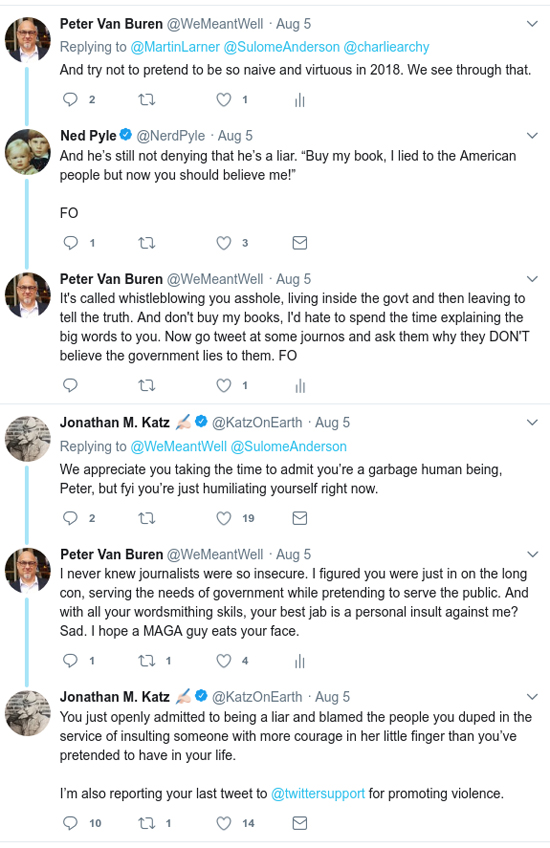 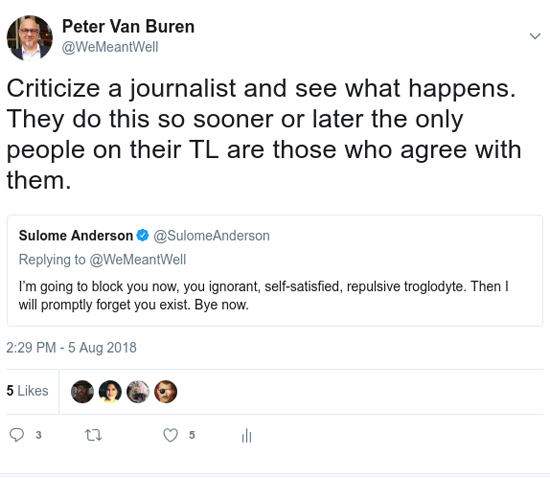 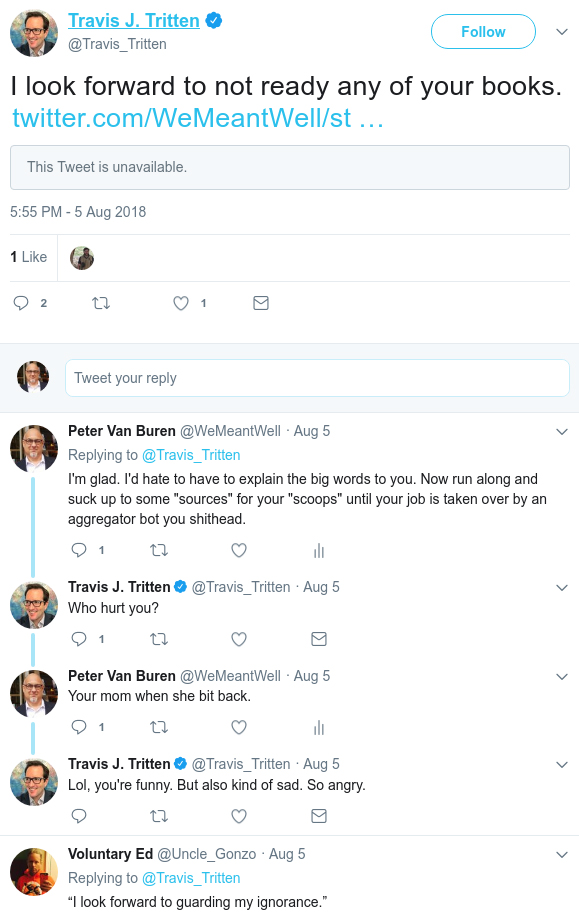 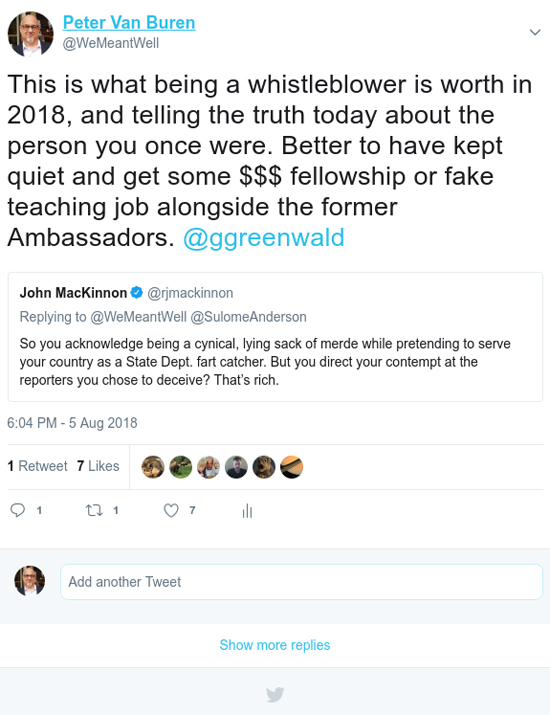 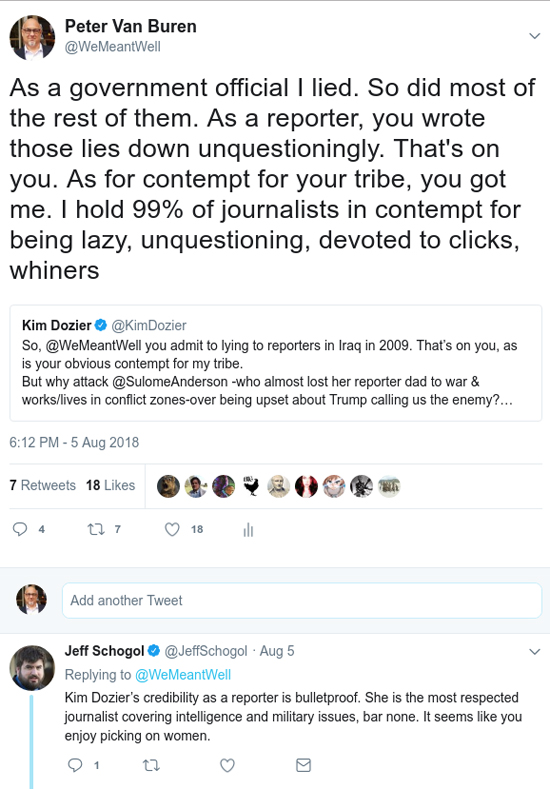 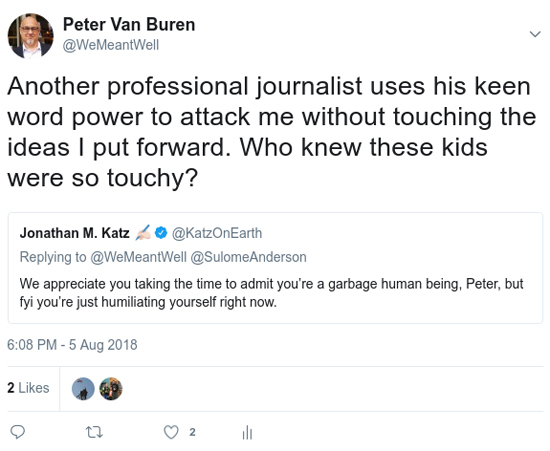 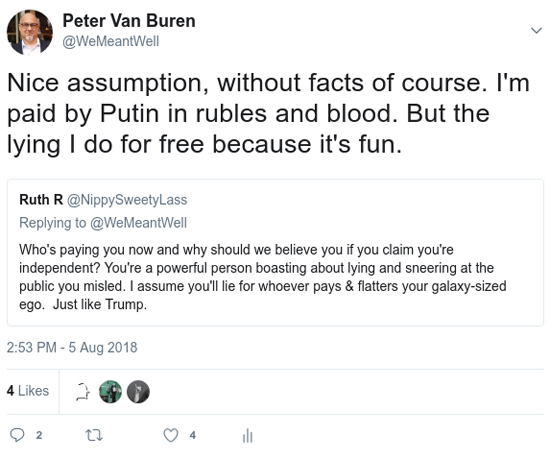 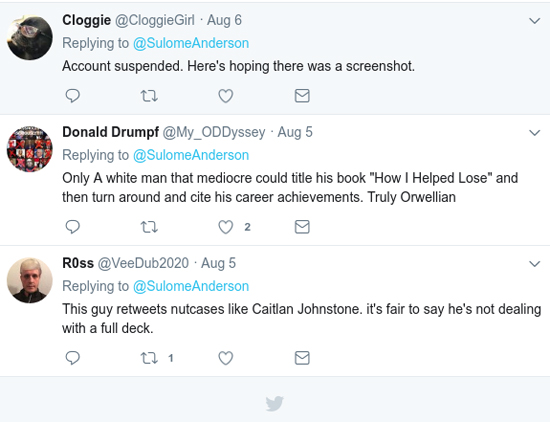 NOTE: Blah blah, only part of the story, if those tweets are real, whatever. I’ll be happy to publish any official response from Twitter, any evidenced unofficial response, any evidence of altered tweets, and any additional tweets anyone can send me that enhance, enlarge, or refute the story. Your ball, push PLAY and go, or shut up.

Peter Van Buren blew the whistle on State Department waste and mismanagement during Iraqi reconstruction in his first book, We Meant Well: How I Helped Lose the Battle for the Hearts and Minds of the Iraqi People. His latest book is Hooper’s War: A Novel of WWII Japan. Reprinted from the his blog with permission.