This is a story about the death of Amada Saria. Amada was the younger sister of Mr. Sam Saria, an engineer from Connecticut.

Sam first came to this country in 1986 to study at the University of Connecticut. He stayed on to become a U.S. citizen, marry, and raise a family. Sam and his wife Tina settled down in a little town, where the Sarias live with their three children.

Like many of their neighbors, summertime trips to the beach in Cape Cod and long autumn walks in the New England woods are some of the ways the Sarias have savored their American experience.

In many ways, the Sarias are a typical first-generation American family, but in some ways they stand out. Sam, who was born in Iraq, speaks flawless English with a slight accent, and the Sarias are members of the Mandaean faith.

Mandaeans are not Muslims, Christians, or Jews, but are in fact the descendants of the followers of John the Baptist. The Mandaeans have lived as a distinct people in Iraq for over 2,000 years. 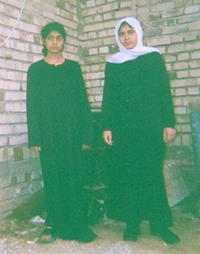 But in February, Sam Saria’s American experience changed forever when he found out that his sister Amada had been killed by American soldiers in Baghdad.

Here’s how it happened.

Amada’s family is from West Baghdad. In February, Amada and her husband Munem decided to take advantage of the winter school vacation to let their daughters, Sarah, 17, and Haneen, 18, spend some time with relatives who live across town. Since the occupation, it’s been difficult for extended families in Baghdad to stay in touch, so this was to be a special occasion.

On the morning of Feb. 3, 2005, Haneen and Sarah, father Munem, and mother Amada piled into the gray 1986 Volkswagen that Munem uses to support his family as a taxi driver.

Many people in Baghdad employ their own cars as taxis in order to make ends meet, and Munem uses his 20-year-old taxi to feed his family and put a roof over their heads – although the rented house his family lives in lacks even a door or glass windows. 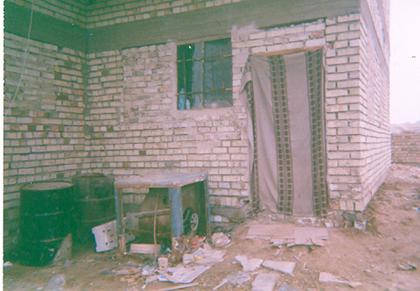 That day, with her husband Munem at the wheel, Amada Saria and her family slowly made their way through the crowded streets of West Baghdad toward the Airport Highway. As they turned the last corner before the highway entrance, five shots rang out.

The shots came from a group of American Humvees huddled near the highway underpass. The troops had opened fire without warning on the family’s car from 90 feet away.

Amada was sitting in the passenger seat. One of the bullets that pierced the windshield struck her in the head. 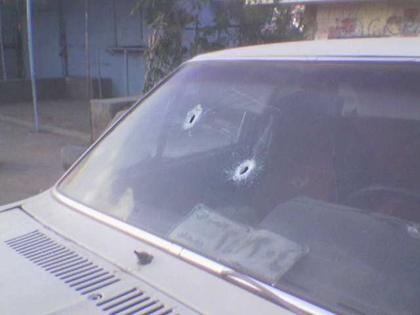 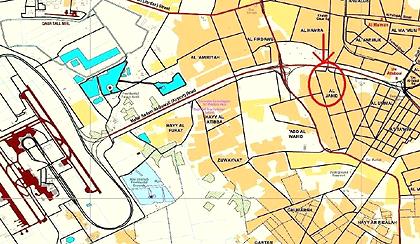 The troops stood by watching as an Iraqi police car took Amada Saria and her family to the nearby al-Yarmouk Hospital. When Amada arrived at the hospital’s emergency room, she was already near death. Outside the entrance to the ER, Munem, his clothes soaked in the blood from his wife’s head wound, paced relentlessly and eventually collapsed from grief and exhaustion. 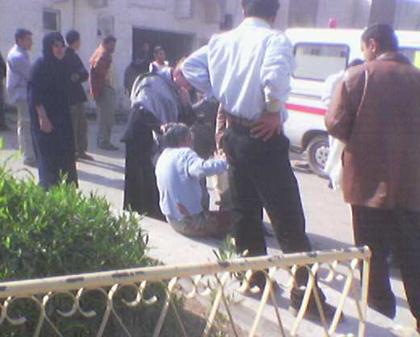 By then, Amada’s two teenage daughters had become so hysterical that they had to be heavily sedated by the hospital staff.

Although their mother was transferred to another hospital for neurosurgery, she died later that day. Amada Saria was 48 years old. 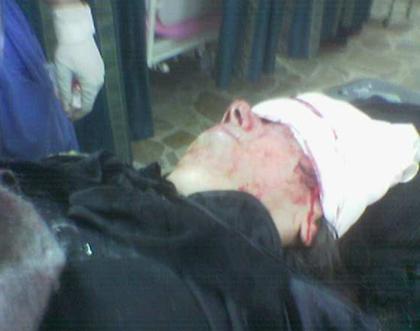 In addition to her daughters and husband, Amada Saria also leaves behind a 20-year-old son, Hassan. The family picture below was taken shortly before her funeral. 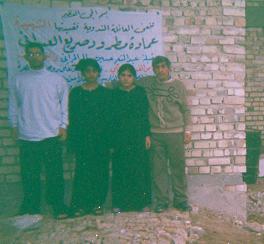 The family still lives in their windowless rented house in West Baghdad. Munem works odd jobs trying to get some money to repair his taxi. Without his wife, he is struggling alone to pay the rent and care for his youngest daughter Sarah, who now suffers from severe clinical depression that keeps her from attending school or otherwise leading a normal life.

Several weeks before this article went to press, we provided the U.S. Army with the photographic and factual details used in this story. We also alerted the Army to the fact that Amada Saria’s extended family includes American citizens, and asked them to comment on whether the combat rules of engagement had been followed in the case of her death.

The Army did not reply to our repeated detailed inquiries. In the three months since Amada’s death, neither her brother Sam in Connecticut nor her husband Munem in West Baghdad have received an explanation or any other contact from the U.S. authorities.

This report was made possible by “Mariam,” a Baghdad correspondent. “Mariam” (a pseudonym) is an Iraqi woman who provided photographs and in-person interviews for this report at her own expense, at times exposing herself to significant personal risk.

Additional assistance was provided by the Mandaean Associations Union, an international charitable organization of and for Mandaeans, providing help to Mandaean people in need worldwide, such as the family of Amada Saria in Baghdad.