While I hate to open this with a health update, it does explain a few things that need explaining. I was quite prepared to write yet another fundraising letter last week, but my illness – there, now I’ve actually personified it! – had other plans. A change in my medication had a dramatic effect on me: all the old symptoms returned, and then some. Work was out of the question: all I could do was roll up into a fetal position and wait it out. 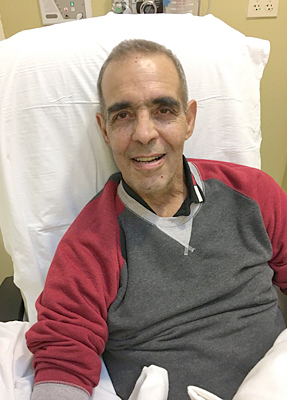 I hope this explains my recent absence from these pages: many of the pieces I’ve written in recent months were written under physical duress, but my natural defiance and stubbornness – and, frankly, my sense of habit – enabled me to tough it out.

Not this time. But now, on the morning of the 27th, for some reason the sky is cleared, my symptoms are receding, and my computer beckons – and that’s good, because I have something I need to get off my chest.

My illness has sharpened some of my perceptions, and focused on others, one of which is the question: Okay, so what have we accomplished, exactly, after 23 years of Antiwar.com? And, furthermore, what did I get out of it?

That second query is uppermost in my mind for a number of reasons, one of which is that I’m looking death straight in the face and humming the tune to “What’s It All About, Alfie?”

Yes, yes, I know, I know: I had the chance to write for pay – an irreplaceable and wonderful gift very few ever receive – and for that I am and shall be eternally grateful. That’s usually more than any writer can reasonably hope for, and yet my own case is not usual.

For 23 years I wrote as the voice of Antiwar.com, and not just myself, and I think I did a damned good job of it insofar as anyone could.

I used that voice to direct my arguments at the conservatives who, I believed, were the key to shifting the foreign policy debate in our direction, and whose limited government philosophy is incompatible with empire-building. That sea-change is definitely in the air these days as “America First” replaces “America the Great Liberator” as the right-wing slogan of the new era. Antiwar.com had something to do with that.

I also don’t see how the “neocon” meme could’ve rocketed through the internet and the culture as fast as it did in the run up to the Iraq war if not for our near daily exposures of that malevolent cult. We put the word that had been a technical term known to a few political specialists on the lips of ordinary readers and made it stand for a history of monstrous warmongering and slick deception, The usual suspects yipped and yapped that this was “bigotry,” hiding their ideas behind a wall of political correctness. We laughed at them and demonized them from here to Kingdom Come. That’s one of my proudest achievements.

But then again, while all this was good for “the movement,” and the ideas I’ve been pushing for all these years, at the end of the day – literally, in my case! – what did I personally get out of it? I never really had time to think about this issue until recently — I was too busy working: three columns a week (now down to two), a monthly column for Chronicles of American Culture, the only consistently conservative magazine in existence, and occasional stand-alone essays in various periodicals (one major piece of literary-political criticism coming up shortly).

However, now that I’ve got to slow down I’m struck by the total lack of what we used to call in science fiction fandom Egoboo:  awards, medals, proclamations of solidarity, and the presentation of the keys to the city – any city will do! I mean, they do have awards for writers – and specifically for libertarian writers! Why just the other day I was reading about how the Reason Foundation gave away a trophy, the “Bastiat Prize,” in the shape of what looked like a royal scepter: a $10,000 check goes with that. The winner was a poor downtrodden unrecognized neocon columnist for the New York Times whose prehistory of squelching Palestinian voices on campus is surely proof that losertarianism gets you farther in this business than libertarianism.

And then they have this thing called the “Webbies” which are handed out to the sponsor’s friends I guess annually. It’s a good excuse to hang out at a mid-level juice joint and have a few laughs, but aside from that, most of the sites that win those things are never seen or heard from again, so there’s that…

What I’m getting at is the total resentment I feel now, near the end of my life, that Antiwar.com has never gotten any award or even any acknowledgment from the legacy media, let alone from the “Official” Libertarian Movement. Decades of laboring in this rockiest of vineyards, proving 100% right about every foreign conflict since 1995, all of it analyzed from a libertarian perspective and posted daily on the Internet before there was such a thing as Twitter. Indeed, Drudge had just gotten started.

So there I was, lying in bed after a particularly difficult night, slowly coming to consciousness that morning. The clear Indian summer light fell directly on my iPhone, where I’d been listening to Bastiat Award winner Bari Weiss justify the Israeli Defense Force (IDF) using Palestinian children in Gaza for target practice. And suddenly the years of resentment rose up in me, bilious and unabashedly angry: Where’s our fucking award?

Isn’t there some kind of award for not being Bari Weiss?

Okay, okay, I get it: this is not me at my benevolent best. Am I really demanding that an award be created for my specific benefit? Of course not! (Imagine what they’d call it! Yikes!) Yes, that was the Bad Justin who’d temporarily taken over my weakened body, but the Good Justin soon asserted control. What a foolish way to think about it, I thought: Because I get rewarded (materially rewarded) four times a year. It’s a seasonal celebration not only of this site, but of my own unique contribution to it. It’s called a fundraising campaign!

This is how it works: I write a column extolling Antiwar.com’s achievements, and add to this a few letters to our regular supporters. They respond by contributing online, mailing in checks, or some other way you can discover by going here. I would also write little blurbs to be placed at the top of the front page – “Don’t Let the Warmongers Get Away With it!” – “Must Americans Die For Montenegro?” – illustrated to draw both the attention and the sympathy of the reader.

In the beginning, of course, we never asked for money: I know some of you are still with us from those long ago days, and I thank you for your loyal support. Readers just sent in cash whenever they could. This is the spirit that has sustained us over the years and made us the shining example of how an internet news outlet can create a self-sustaining editorially independent organization. When Google Ads pulled our advertising because we wouldn’t kowtow to their irrational and ever-escalating demands, we found alternatives.

Awards? I don’t need ‘em! Words of praise from the Very Important People? Only if it’s Tucker Carlson. No, I’ve already got over 23 years of acknowledgment from my readers, who have stood by me and this site, supporting it with their hard-earned money. All that I ask is that they continue to do so as they have in the past.

I’m not embarrassed to ask for this because we here at Antiwar.com have earned it And I know that my readers support me: I get evidence of that every day. We have taught each other many things, and for that I will be eternally grateful. Whatever happens to me personally, I am content in the knowledge that I fulfilled my destiny – and that I couldn’t have had this much fun if I’d tried.