Other than those who work in the White House, with no sense of shame, or act as court intellectuals, heaping praise upon the Bush administration, everyone recognizes that current U.S. foreign policy is a disaster. There is the extraordinary hubris of attempting to manage the globe and the expensive foolishness of garrisoning dozens of states where no American interests are threatened. 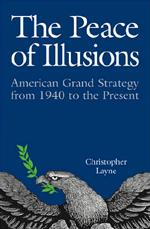 Most spectacularly, there is Iraq. Iraq alone has exacerbated the problem of terrorism, diverted resources and attention from dealing with Afghanistan and combating al-Qaeda and related groups, ruined America’s standing in the world, and undercut the finest military on earth – thrusting it into the midst of the sort of war that is both straining its resources and threatening its soul. So awful have been the consequences of George W. Bush strutting about the globe as if he were Winston Churchill reincarnated that he could be the last Soviet plant, an agent of influence created by a dying communist system to ensure that the American superpower ultimately collapses as well.

Many of the problems stemming from Bush’s grand neoconservative crusade are practical, resulting from the sort of mistakes to be expected from a gaggle of arrogant incompetents. Iraq, of course, is the most obvious example, but by no means the only one.

There is Secretary of State Condoleezza Rice futilely lecturing North Korea’s Kim Jong-Il, ordering him not to test his missiles. Her public hectoring guaranteed the launches. There is the vice president insulting Russia even as his government is desperately seeking Moscow’s aid in confronting both North Korea and Iran. There are, sadly, many more examples.

Also fundamentally flawed, however, are the principles behind the Bush program. At these the redoubtable Chris Layne takes aim.

Layne is a professor at Texas A&M University. He has long been writing trenchant articles and studies attacking the imperialist temptation, and especially the idea that the end of the Cold War allows – no, mandates – that Washington manage the rest of the globe down to the most insignificant civil war and local disturbance.

The culmination of Layne’s work is The Peace of Illusions, which focuses on matters of American grand strategy. The book is a serious read, but a necessary one if you want to understand why current policy would still have been a disaster even if Bush & Company hadn’t been guided by fantasies when attempting to implement their vision. It is the imperialist vision itself that is flawed.

Layne’s analysis is important for several reasons. One is that it takes a long view. As he explains:

“This book is not a chronicle of the grand strategy of the Bush II administration or of the two administrations that preceded it. Nevertheless, the real world events that have shaped U.S. grand strategy since the Bush II administration took office – 9/11, the war on terror, the March 2003 invasion and subsequent occupation of Iraq, and mounting tensions with Iran and North Korea caused by those two states’ nuclear ambitions – cast a long shadow. One of my objectives in this book is to put these events into historical perspective and to show that they are part of a larger pattern that extends back to the early 1940s. Here, I take issue with those who have argued that the Bush II administration’s approach to U.S. grand strategy – its determination to maintain overwhelming U.S. geopolitical dominance and its muscular idealism – breaks sharply with the principles and assumptions that guided earlier U.S. policymakers. Nothing could be farther from the truth. Take the administration’s resolve to use America’s preponderant power to ensure that other states cannot entertain the ‘hope of surpassing, or equaling, the power of the United States.’ Here the administration simply reaffirmed the policy adopted by its two immediate predecessors.”

As should be obvious, The Peace of Illusions is thoroughly substantive, a sharp contrast especially with so much of the junk pouring forth from alleged “conservative thinkers.” And the work is historical, recognizing that what happened yesterday still matters today. In contrast to, for instance, the Bush administration – which invaded Iraq expecting a cakewalk in which American soldiers would be covered in flowers and smothered in love – Layne explores the relationship between current controversies, past events, current players, and past strategies. In short, he works with reality rather than fantasy.

Layne begins by looking at models of realism and assessing past American grand strategies. He argues that the best explanation for U.S. policy since the early 1940s is “extraregional hegemony” based on an “Open Door” perspective, that is, maintaining open international economic markets and spreading democracy and liberalism.

It should surprise no one that the outcome of World War II gave the U.S. the opportunity to aspire to world domination. Layne observes: “since the Cold War, U.S. policymakers repeatedly have stated their global hegemonic ambitions.” Yet acting on those ambitions obviously was constrained by the existence of a competing superpower, a balancing force that no longer exists.

Particularly fascinating is Layne’s analysis of U.S. policy in World War II and the Cold War. He suggests, with good support, that Washington hoped to dominate (for positive ends, in its view) global affairs even before it was obvious that the Soviet Union would be a serious rival. Moreover, America’s reach for hegemony, particularly its desire to include the western section of occupied Germany in its geopolitical orbit, may have been as important as Soviet hostility in generating the Cold War.

This obviously is a controversial argument, but Layne makes his point with ample historical evidence (and, it should go without saying, no sympathy for Joseph Stalin or the Soviet Union). Rather, he concludes, “in World War II’s aftermath Soviet behavior across the chessboard did not reflect the orthodox/neo-orthodox caricature (shared by many U.S. decision makers following World War II) of the Soviet Union as a predatory, aggressive, ideologically motivated state bent on attaining world domination.”

Writes Layne: “More than 15 years after the Cold War, NATO is still in business and U.S. troops are still in Europe (albeit in much-reduced numbers from their peak Cold War levels). This is something that needs explaining.” Yes, indeed.

Some leading realists believe that this continuing military commitment is an anomaly, destined to disappear over time. Not Layne:

“My answer is different. No one should hold their breath in anticipation of a U.S. military pullback from Europe (or from East Asia), because on the Continent the United States is – as it has been since the early 1940s – pursuing a grand strategy of extraregional hegemony, not an offshore balancing strategy. The driving force behind U.S. European grand strategy has not been ‘counterhegemony’ – blocking the bids of other would-be European hegemons – but the goal of imposing America’s own hegemony on the Continent.”

His argument is simultaneously obvious and profound. Bush I and Bill Clinton, no less than Bush II, worked to preserve American preeminence and discourage European independence, despite the collapse of the Soviet Union and disappearance of the Warsaw Pact. Washington has similarly sought to maintain Japanese and South Korean security dependence on America – even while pressing for increased military efforts and support for other U.S. interventions.

Unfortunately, these alliances are, as Layne terms them, “transmission belts of war.” He warns: “If the United States sticks with its current grand strategy and fails to stop the outbreak of great power war in Eurasia, it will be automatically swept up in the fighting – regardless either of its degree of interest in the conflict or the costs and risks of involvement.”

The possibilities are numerous. A Russian fight with one of its neighbors from the old Soviet Union. War between the two Koreas. A confrontation between China and Taiwan. Naval skirmishing over disputed territorial claims in the South China Sea. And so on.

The point is not to argue that such conflicts would not be human tragedies, best avoided for all concerned. But none of them implicate important enough U.S. interests to warrant Washington bringing the tragedy home to America by intervening.

Moreover, Layne ably argues that current policy is unsustainable. He writes: “The historical record and balance-of-power theory suggest that the pursuit of hegemony is self-defeating.” No matter how benevolent American policymakers may be in fact as well as in propaganda, there is no evidence that other peoples desire to be ruled by Washington. Iraq is the signal example, though Asian and European resistance to Washington’s endless pronouncements on virtually every detail of international life also should cause today’s would-be imperialists to pause.

Already, other potential great powers are arising, American dominance is stagnating if not waning, and even allies and friends are balking. “It doubtless is true that it will take some time for others’ balancing efforts to realize their intended outcome,” Layne acknowledges. But the so-called unipolar moment likely will come to an end sooner than most people expect.

It’s always easier to criticize a policy than to design an alternative, especially when the proponents have made such a botch of things. Even if one granted that an American imperium was desirable in theory, who could seriously believe that today’s policymakers, and even more so their intellectual groupies, could bring it off with even a semblance of competence?

However, Layne has an alternative, the venerable strategy of “offshore balancing.” It seeks not American domination, but the prevention of foreign domination. Explains Layne, “it posits that the only American strategic interest at stake in Eurasia is preventing the emergence of a Eurasian hegemon, and rejects the notion that Eurasian great power wars inevitably draw in the United States.”

This stance, no less than a policy of empire, will not yield a perfect world. But it would better maintain U.S. security at lower cost and risk. A more limited, humble foreign policy also would provide a better environment for the preservation of a constitutional system devoted to individual liberty and limited government. “Hegemonic power has both a seductive, and corrupting, effect on those who wield it,” writes Layne, an effect tragically evident in the shocking charges of human rights abuses by U.S. forces abroad and the steady expansion of national security restrictions by U.S. agencies at home.

Most of the intellectual fire against the Bush administration’s foreign policy is being directed at its limited competence and poor judgment, and worthy targets these are. But those interested in preserving the American republic need to look beyond the practical to principle, at American foreign policy in its very conception.

This Chris Layne does with great skill. It is a modern cliché to term books a “must-read,” but The Peace of Illusions surely is a must-read for anyone who wants to understand and especially to change U.S. foreign policy. Many of us have been long waiting for Chris to complete this book. The Peace of Illusions has been well worth the wait.