At least for now, the Biden administration is thankfully sidestepping rather than escalating conflict with China and Russia. Whether the relative calm prevails amid the resurgent Cold War remains to be seen.

Neither the Chinese nor Russian regime merits celebrating, as both are human rights nightmares, but neither is there any reason whatsoever for the United States, riddled with its own domestic crises, to take confrontation with these global giants to the brink. Americans, and particularly the mainstream media with its woefully shallow grasp of history and nuance, have little understanding of Russian and Chinese realities. The supposedly "liberal media" regularly cheers on demonization and confrontation with the two regimes. 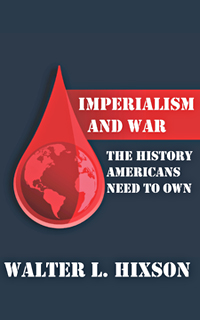 There’s nothing radical or wildly aggressive about Vladimir Putin’s determination to keep the former Soviet republic of Ukraine – which has now become one of America’s many authoritarian clients in the supposedly "free world" – out of the NATO alliance. His determination to do so is a basic great power approach to a border state, particularly one that is teeming with ethnic Russians.

Since he came to power in 2000 Putin has been fueled by resentment of the historic and foolhardy US decision to expand NATO eastward by absorbing Russia’s former communist allies into a hostile military alliance. George F. Kennan, the architect of the containment strategy and the preeminent expert on all things Russian, warned at the time that NATO expansion would inflame "the nationalistic, anti-Western tendencies in Russian opinion . . . restore the atmosphere of the Cold War to East-West relations" and would be "a strategic blunder of epic proportions." As subsequent history has shown, Kennan was spot on.

Few Americans grasp that nearly two-thirds of the population of the Crimean Peninsula, which Russia absorbed, is comprised of ethnic Russians and that millions of Russians live in the eastern Ukraine, where the Russian language predominates. These pertinent facts are routinely ignored by the MSM as well as by national security elites.

As for China, its takeover of Hong Kong, efforts to assert hegemony in the South China Sea, and egregious policies toward minorities in Tibet and Xinjiang are nothing to celebrate. However, agreeing to set aside points of divergence to focus on the overarching crisis of climate change is wise and desperately needed diplomacy. As for Taiwan, the masses of Chinese people and not just the regime, consider the island as part of China whose independence is nothing short of a continuing legacy of colonialism. The United States has recognized the "one China" policy and should do all it can through diplomacy to enable continuing autonomy in Taiwan while at all costs avoiding any future bloodletting over the island.

I have lived and taught history for extended stays in both China and Russia. I can assure readers that masses of people in these great countries both admire and resent the United States. They acknowledge American achievements but decry its arrogance and tiresome assertions of exceptionalism.

The urgent need for cooperation on disease control, combating climate change, and a host of other issues is more important than homing in on the human rights policies, however objectionable, in China and Russia. Moreover, it is hypocritical to single out Russia and China for human rights and free speech transgressions as the United States succors repressive regimes in Egypt, Israel, and Saudi Arabia, among many other countries. China and Russia have every right to point out and resent such hypocrisy. Fostering dialogue and realism with the regimes is the only way forward.

Walter L. Hixson is the author of myriad studies of US foreign policy, including most recently Imperialism and War: The History Americans Need to Own (Washington: Institute for Research, 2021). He taught history on Fulbright scholarships in both Russia and China.