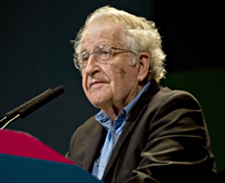 Given the state of world affairs today, I am sure you are as concerned as I am about the prospects for peace in our time. With Russia escalating its invasion of Ukraine to dangerous heights, the US undermining the prospects for diplomatic settlement by insisting on a war to weaken Russia, the US and other NATO powers sending billions of dollars in weapons, and related developments with far-reaching consequences for us all, we find ourselves in dire times, which call for peaceful solutions, not more war tactics from superpowers.

Media outlets worldwide decry the atrocities of the war in Ukraine perpetrated by Russian President Putin, yet western commentary typically avoids relevant historical context and discusses no alternatives beyond the escalation of this destructive war.

On national television, U.S. President Biden openly calls for the removal of President Putin from Russia and continues his demands for additional tens of billions of dollars in military aid to Ukraine as the only option. The mainstream media could not be more accommodating to this narrative, despite so much of the story that remains untold.

The war machine is in full force as our military industrial complex benefits from escalating war. As you may know, the United States is the largest arms dealer in the world – and in history. Yet most Americans either are unaware of this shocking fact or may be too distracted by the mainstream media promoting more military aid to Ukraine and harsher sanctions on Russia while ignoring prospects for peaceful diplomatic settlement.

This one-sided focus on war and punishment, sidelining prospects for peace, has bitter consequences well beyond Ukraine. A massive hunger crisis looms for millions of innocent citizens, as essential food staples such as wheat, corn and cooking oil, along with fertilizer for virtually every kind of crop, are choked off from Ukraine and Russia, the primary source of these essentials for many countries, including Egypt, Lebanon, Nigeria, Bangladesh and Pakistan. Some steps have been taken to relieve the crisis, but what little is known indicates that they are quite inadequate. The escalating prices of oil and gas, though debilitating to millions as the cold of winter approaches, are only part of the horrifying consequences of continuing war. Even more significant is that the limited steps to deal with the imminent crisis of global warming have been displaced by major expansion of the poisoning of the environment that sustains life, a serious threat to survival. There is a narrow window in which this existential crisis can be addressed. To close it is beyond criminal. Meanwhile the threat of nuclear war is visibly increasing.

The great powers must come to an accommodation to deal jointly with the extraordinary crises that we face. Failure to do will lead to catastrophe for all.

Meanwhile, most American citizens remain completely ignorant of the history of the region, which is seriously distorted in media discussion. To take just one example, the US press still refuses, by and large, to report on the militant position of the US in this conflict in past years, established officially on September 1, 2021, in the Joint Statement of the U.S.-Ukraine Strategic Partnership.

Throughout there have been opportunities for peaceful settlement that might have avoided the criminal invasion and later brought it to a peaceful end. We cannot of course know whether they could have been successfully pursued. The only way to find out is to try. Antiwar.com has been almost alone in regularly providing essential information about these critical matters. To take just one very recent example, last April there were Ukrainian-Russian negotiations under Turkish auspices. Clearly a very significant development. It was barely reported, except by Antiwar.com, which broke the critical information that British Prime Minister Boris Johnson flew to Ukraine to say that the West (meaning US-UK) did not favor negotiations, followed by US Defense Secretary Lloyd Austin, who presumably delivered his usual message that the US wants the war to continue so as to weaken Russia severely.

Those of us who are, rightly, dismayed by the overwhelming focus on war rhetoric by our leaders and mainstream media, know that it is always possible to seek a way to peace. Media censorship and one-sided narratives prevail in the western world, but are especially bad in the United States. Antiwar.com stands as a critically significant exception.

I read Antiwar.com regularly because it has served as a reliable source for news on a daily basis, independent and unfiltered. I hope you will join me in supporting this unflinching source for the truth. Unlike corporate and state-sanctioned news outlets, Antiwar.com is a modest team of independent columnists and journalists supported by readers like you, who depend on them to report real stories every day.

Thank you for your continued support for Antiwar.com, and for peace in our world.