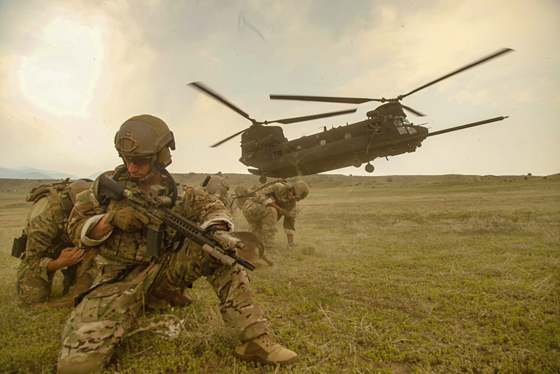 "Liberty tends inevitably to lead to the just equivalence of services, to bring greater and greater equality, to raise all men up to the same, constantly rising standard of living, […] it is not property that we should blame for the sad spectacle of grievous inequality that the world once again offers us, but the opposite principle, plunder, which has unleashed on our planet wars, slavery, serfdom, feudalism, […] and the absurd demand of everyone to live and develop at the expense of everyone else."

19th-century French politician Frederic Bastiat declared this statement in his fifth letter of what is now called Property and Plunder to demonstrate that taxation and attempts to force economic equality would ultimately do more harm than good. This last letter also calls forth an important question: is taxation the creation of a warring state?

In antiquity, according to Bastiat, war developed from a nation that would instead of creating their own wealth, would wait for other nations to acquire their own property and then proceed to conquer them. After many victories where the citizens would be slaughtered and their property confiscated, these warring nations came to a realization that "putting the vanquished to the sword amounted to destroying a treasure" because they lost any potential wealth the conquered would create. They resorted to slavery to "put plunder on a permanent footing," and truly acquire all property and services one would acquire.

Though there were actual slaves, the main method of continuing plunder was to enact tolls and taxes for protection from the ruling nation. This set a precedent that can still be seen today of taxation being the primary means of funding and maintaining war. These ruling nations and monarchies, however, ran into the problem of civil unrest because of the clear division between conqueror and conquered and birthed what has become modern politics.

In the collection of lectures titled Society Must Be Defended, postmodernist philosopher Michel Foucault ponders the question of politics being the continuation of war by other means. Among the many ideas discussed, Foucault shows how history and knowledge were narratives created in order to support war, and were the precondition of politics.

He notes how history was used as a tool by nobility to convince the royalty of the magnificence of his victories and where all discourse "explains contemporary events in the terms of contemporary events, power in terms of power, and the letter of the law of the will of the king and vice versa." At the same time, the idea of equality was being used as a tool to cause unrest between a nation’s citizens and its aristocracy.

"In other words, a device typical of all despotism […] was used to convince inferiors that a little more equality would do them more good than much greater freedom for all," states Foucault. It was these factors that contributed to politics becoming the in-between of war. Whereas before the dominated had no say in the conquests of their domineers, now they had a slight say in the activities of the State.

To justify war, the elected bodies had to resort to new means to encourage war and, simultaneously, taxation which Foucault describes as a "race war." The race war is the "us vs. them" narrative between the noble warring group and the savage enemy and is used to justify the murders and other atrocities the State will commit in the name of war. Everything that Bastiat and Foucault describe is evident if one looks at the history of wars in the United States.

Desperate to defeat the Confederacy, President Abraham Lincoln enacted a 3% income tax to fund more troops. However, enforcement failed and the government had to pay off its massive debt through printing $150 million. Its legacy was not forgotten though and many congressmen of the time felt that an income tax was an inevitable future for the country.

Congress passed the nation’s first permanent income tax in 1913 and since then has continually used war as a way to steadily increase the rate. During World War One, the United States raised the highest tax bracket from 15% to 67% and did not drop to pre-war levels after it ended. World War Two was even worse with any income over $2.5 million (in today’s dollars) being taxed a 92%, and only going to 70% at it’s lowest for nearly 30 years.

During those 30 years, the US went to war in Vietnam, Korea, and intervened in many other nations to fight the enemy of communism. This was the greatest demonstration of Foucault’s race wars, as it allowed the continuation of high taxes and shows the use of politics to continue wartime status from decades prior.

It cannot be denied that war and taxation are inextricably linked. Unfortunately, history, Bastiat, and Foucault seem to show that the only true way to eliminate excessive taxation and government overreach is to halt its hunger for conquest. The task is immense, but if taxation’s origins and the State’s methods of justification can be recognized, the task can commence.

Since 2016, Luke W. Henderson has been a prolific voice of political commentary and philosophy. Luke is a contributing author to Igniting Liberty: Voices for Freedom Around The World, and the Marketing Editor for Being Libertarian where he writes his weekly column World Liberty Weekend on international politics and events. His writing has also been featured on Think Liberty, St. Louis Public News, the Libertarian Coalition, and Antiwar.com.