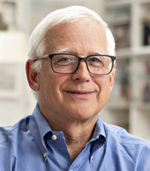 Last week, over 1,000 health professionals signed an open letter about the recent protests over the murder of George Floyd. Here’s the first paragraph:

On April 30, heavily armed and predominantly white protesters entered the State Capitol building in Lansing, Michigan, protesting stay-home orders and calls for widespread public masking to prevent the spread of COVID-19. Infectious disease physicians and public health officials publicly condemned these actions and privately mourned the widening rift between leaders in science and a subset of the communities that they serve. As of May 30, we are witnessing continuing demonstrations in response to ongoing, pervasive, and lethal institutional racism set off by the killings of George Floyd and Breonna Taylor, among many other Black lives taken by police. A public health response to these demonstrations is also warranted, but this message must be wholly different from the response to white protesters resisting stay-home orders. Infectious disease and public health narratives adjacent to demonstrations against racism must be consciously anti-racist, and infectious disease experts must be clear and consistent in prioritizing an anti-racist message.

Are the signers unaware of their double standard? Their statement above shows that they are quite aware. The standard is not health, which is supposed to be their area of expertise. No. They distinguish between the April 30 anti-lockdown protest of people in Michigan and the late May protests of people about the treatment of black people based on three things: (1) the race of the anti-lockdown protesters, (2) the fact that some of the anti-lockdown protesters in Michigan were carrying guns, and (3) the issue being protested. My own view, by the way, is that both kinds of protests are justified and important.

For about 6 weeks before the Michigan protest, we were told that we should stay home because it was so crucial for defeating the coronavirus. That actually made some sense. So when the Michigan protesters came along, most of the public health community opposed their being near each other and unmasked because that could spread the virus. That made some sense too, which is why, for the May 1 anti-lockdown protest in Monterey that Lawrence Samuels and I organized, we encouraged people to wear masks and/or socially distance. (Sadly, only about half of the protesters did wear masks, although the social distancing was relatively successful.) To their credit, in the rest of the open letter, the health professionals advocate that protesters do so safely, either wearing masks or keeping their distance. But then why didn’t they say the same about the anti-lockdown protests? Why didn’t they just encourage them to protest safely? The answer is obvious. The health professionals sympathized with one cause and not with the other. Which means it’s not about the health; it’s about the cause.

You might think, based on the open letter, that the Michiganers’ guns were a factor in the signers’ thinking. (Personally, if I had been at the Michigan protest, the protesters’ guns would have been ample incentive for me to socially distance.) And they were a factor. But here’s what’s interesting. While many of the Michiganers carried loaded guns, none of them used them on anyone. By contrast, some of the protesters against police brutality were violent, attacking people and property. They were a small percent of the protesters, but a small percent of a big number can do a lot of damage. Here’s what else is interesting. If the letter signers followed the Michigan protests at all, they knew that the protests were peaceful. And if the letter signers paid any attention to the George Floyd protests, they knew some of the protests were violent. Yet do they even mention the violence? Not a word.

What’s the letter signers’ argument for thinking positively about the protests against police brutality? The fact that black people’s health is so much worse already and that they are at greater risk from police. They’re absolutely right.

But here’s the dirty little secret. The violence with which police enforced the lockdown was directed disproportionately against black people. Take a look at this New York policeman putting his knee on his black victim’s neck back in early May. Does that look at least a little like something that happened in Minneapolis to a guy named George Floyd? If these health professionals spoke out against this, I certainly didn’t notice.

Now that’s only one incident and doesn’t establish that the lockdown and social distancing measures were disproportionately against black people. But this article by Phil Magness suggests that it was. Magness writes:

According to new data released by the Brooklyn, New York, District Attorney’s office, police have arrested 40 people in the borough since mid-March for various lockdown violations. Although the charges were later dropped, the arrests showed clear racial disparities. 35 of the 40 arrested persons were African-American, 4 were Hispanic, and only one was white.

Did the letter signers ever complain about the disproportionate targeting of black people? No, they didn’t.

Martin Luther King, Jr. famously said that we should judge people not by the color of their skin but by the content of their character. In judging causes by the skin color of those who join them, the letter signers are moving the country in the wrong direction.